An Odyssee of Android testing

A few days ago I started developing my first native Android App. Finally a green field project! Finally, an opportunity, to do things right! Finally, a project I could develop in a Test-Driven fashion without the weight of any legacy cruft slowing me down! Or so I thought…

With a lot of enthusiasm I bootstrapped a new Maven Project and sure enough there was an Archetype with something called “Instrumentation Tests” included. At that point I had no idea what an “Instrumentation Test” might be, but I thought, if it’s got the word Test in it, it can’t hurt, right? 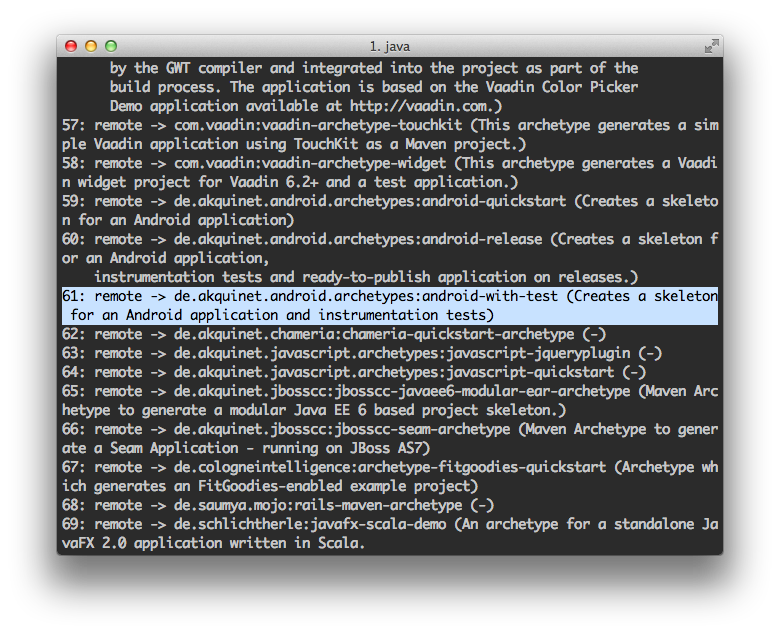 When I checked the pom.xml file, I noticed there was no JUnit dependency and also the archetype did not generate the usual “src/test” directory sibling of “src/main”. Well, nothing I can’t fix. So I threw in my usual test dependencies and started out writing tests in “src/main”, ignoring the instrumentation project Maven created for now. In retrospect I should have seen the signs on the wall…

I wrote a first test to check the “title” property of my main activity. Nothing too fancy. I hit the run key. And sure enough, my JUnit bar turned red. But wait a minute… What kind of strange test failure is that? 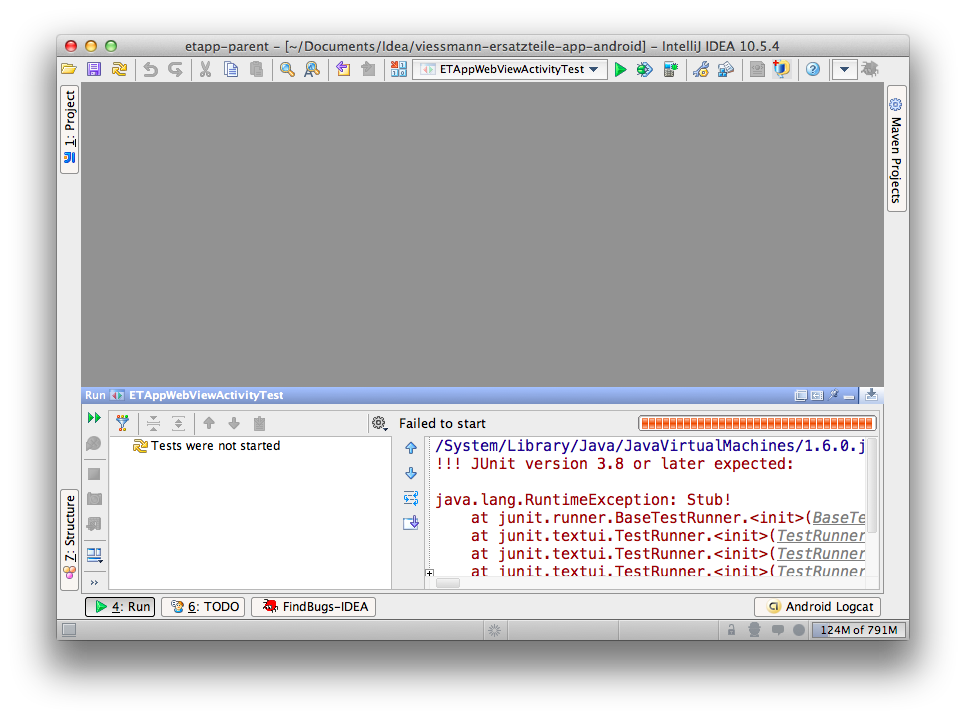 As it turns out, Google includes their own version of JUnit 3 with the Android SDK. So no JUnit 4 for me! Too bad. Later I figured out you can work your way around this issue by moving the JUnit 4 dependency before the Android dependency in your IDEs Classpath configuration. If you are developing in IntellJ IDEA you can do so in the “Project Structure” dialog, as shown on the right. And don’t forget to move your JUnit depdency above the Android depdencies in your pom.xml file as well, otherwise your CI and console build will run into similar trouble. 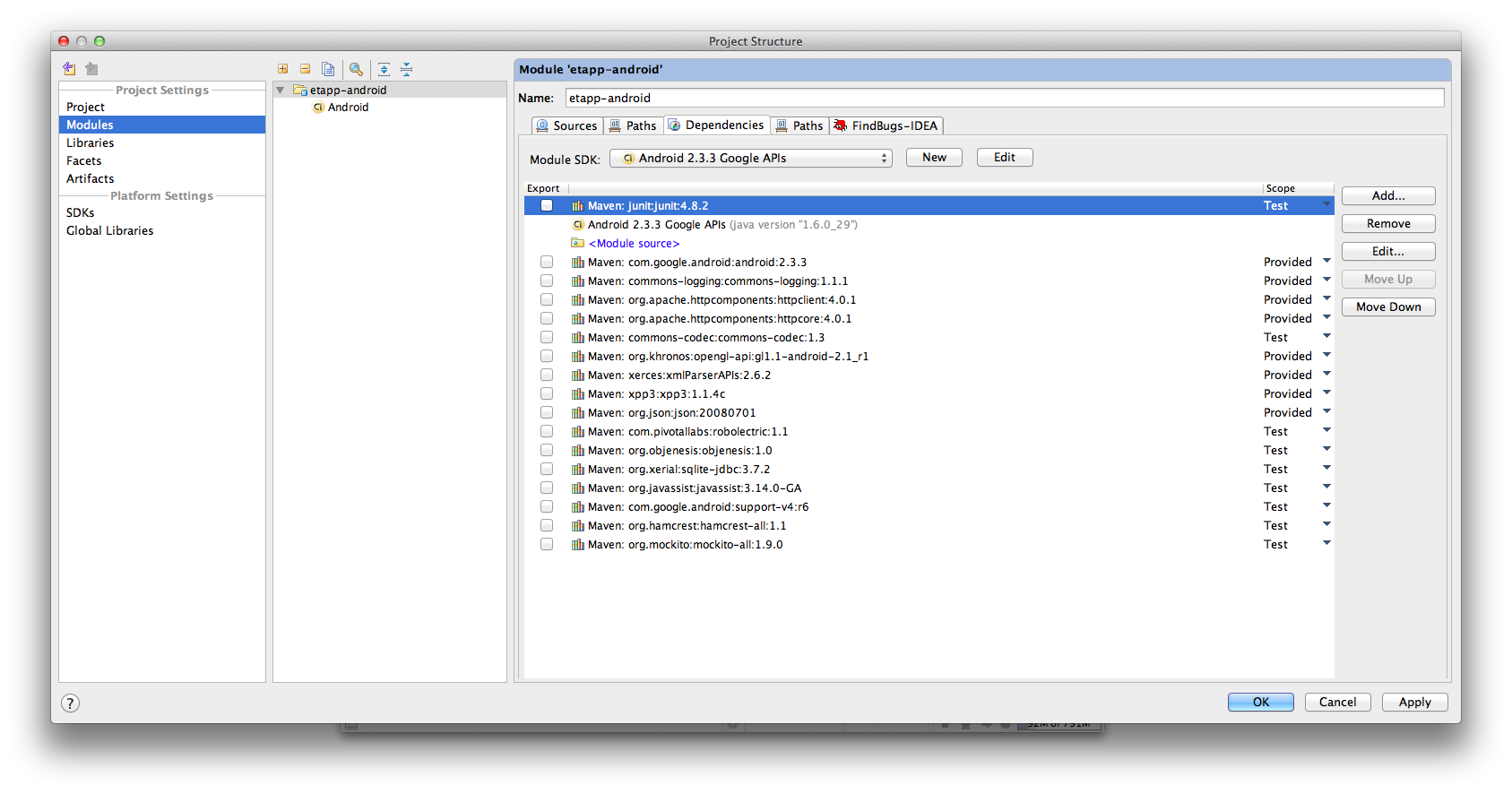 At first it didn’t seem like the dependency order trick worked for me, until I took a better look and noticed the error message had changed slightly. No I was faced with a different error. It read:

After some debugging, decompilation and googling I found that Android classes my objects need to implement, like the ‘android.app.Activity’ class are rigged to throw this exception. WTF? For some reason Google decided to not to include the “real” implementations of (some?) API classes in the SDK and replaced them with mere Placeholders. Vicious placeholders with constructors rigged to throw devious exceptions. These classes are amongst truly the most vicious, test-averse framework code I have seen so far.

My way or the Google way

At this point I was faced with a choice: give in to Google and try their official way of testing they call “Instrumentation testing” or start mocking out the whole Google API enchilada. I decided to try the Google way of Android testing first. I read through the awful android testing documentation (Please! Documentation writers: less bla bla, more working code samples!). At some point I had it figured out. I derived my Test class from the ActivityInstrumentationTestCase2 class, rewired some methods and hit the run button. Good thing I generated the project to include the test subproject from the start!

This time the test would not run in my IDE window because apparently the version of JUnit Google includes with the Android SDK is incompatible with my IDE. I tried the Maven test target on the IT project but my console told me that none of the tests ran. I found that I had to run the Maven “install” lifecycle goal in order for the tests to run. That doesn’t make any sense… but fair enough. Here goes: 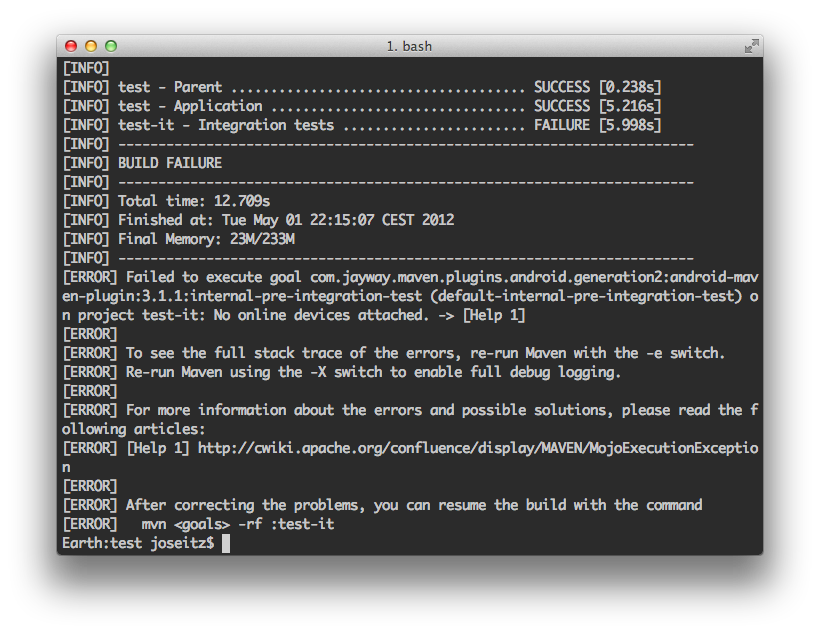 I attached a test device and the whole process of installing the app on the device and running the tests finally worked. It took pretty long though - between 40 sec. and 1 minute. And what’s even worse - my mocking libraries (Mockito, EasyMock) turned out to be incompatible with the Dalvic VM. And what’s worse: I don’t want to have an Android Device plugged into my CI Server all the time just to run my tests… or have the horribly slow Android Emulator starting and shutting down all the time. So… while the Google way might be okay for UI- or real integration testing it is unsuitable to the rapid iteration that is TDD. I need my tests to be fast as hell. And also, I don’t want to work without a Mocking library.

So, at this point I was frustrated enough to consider just mocking the whole Google framework. Every. Single. Class. But hark! There is hope, yet! After a few hours of googling for alternatives and workaround I found a promising project on Github called Robolectric. What these guys managed is nothing short of genius. They simply shadow the Google API dependencies in your project.

That’s it. It’s so easy, it’s so simple! All of the hostile ‘Stub!’ exceptions: gone! Almost too good to be true. And it works! It actually works! All you really need to do, is add this one Maven dependency to your project:

… configure your JUnit 4 Tests to use the RobolectricTestRunner and that’s it! 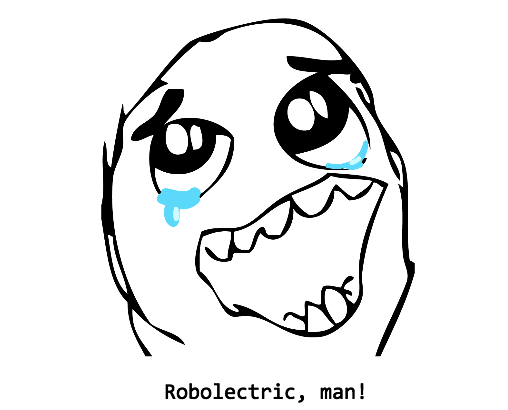 I probably could have hidden most of my code behind a boundary. As a matter of fact that’s what I do for “business logic” - the real “brainpower” of the app. But there are still valid test cases that require me to access decedents of the Android SDK classes. For now I am happy to work with Robolectric, in order to test such cases in a fast and easy manner on my development machine, with no devices attached or emulators running.

What shocked me is that Google, a company known for their dedication to technical excellence would come up with a framework that is so hostile towards such an important practice as TDD. Coming from iOS and the pretty testable Cocoa Touch Framework I expected the Android Testing to be on par with the Java platform (far ahead of the Apple world). Imagine the shock I felt, when I noticed just how wrong I was. As agile methods and practices seem to take over the industry, vendors should pay more attention to properties that are essential to rapid development and frequent delivery - such as simple and fast automated testing.